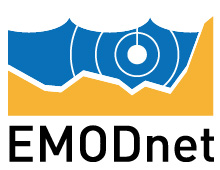 The European Marine Observation and Data network (EMODnet) is a long term marine data initiative from the European Commission Directorate-General for Maritime Affairs and Fisheries (DG MARE) involving and networking more than 150 organizations for assembling marine data, products, and metadata.

The EMODnetdata infrastructure is developed in three major phases (Phase I (2009-2013), Phase 2 (2013-2017) and Phase 3 (2017 – 2020)) by running 8 operational thematic portals providing access to marine data for bathymetry, geology, seabed habitats, chemistry, biology, physics and human activities including a Data Ingestion facility.
The “EMODnet Ingestion and safe-keeping of marine data’ project seeks to identify and reach out to organisations from research, public, and private sectors who are holding marine datasets and who are not yet connected and contributing to the existing marine data management infrastructures which are driving EMODnet.

Those potential data providers should be motivated and supported to release their datasets for safekeeping and subsequent freely distribution and publication through EMODnet. The EMODnet Data Ingestion portal facilitates submission of their marine datasets for further processing, Open Data publishing and contributing to applications for society. HCMR is responsible for developing and maintain the Data Submission service.